The focus of Susan Hensel Gallery is on compelling objects, meaningful use of materials, and engaging sculpture. It is a gallery where experimental ideas and works of the hand join to create unique sensory experiences. Opened September 10th, 2004 Susan Hensel Gallery is a gallery/ workspace presenting 5-6 shows per year in an intimate space, with hardwood floors and high tin ceilings. In 2013 the interior space reverted to a working studio for Susan Hensel where she continues to work on small and largescale artwork that engages both sculptural and cultural space. You can find her current work at www.SusanHenselProjects.com. The Susan Hensel Gallery is now both a large window gallery on Cedar Avenue, a main thoroughfare in south Minneapolis and an online venture represented on Artsy.net.

August 15 and running through October 15, the show is made up of Matthews sculptures, wall reliefs and intimate drawings. The show spans three venues as a mini-retrospective of Matthews’ work. 15 images will appear on Susan Hensel Gallery’s . Two large works will occupy the windows of the brick-and-mortar Susan Hensel Gallery in Minneapolis at 3441 Cedar Ave S. And a solo exhibition of colorful recent sculptures, Objects of Affection, opens at Douglas Flanders & Associates in Minneapolis on October 2.

Opening June 15 and running through August 15, the show is made up of Ferguson’s pristine paintings that merge fine art with object making, exploring social and physical processes while her abstract work remains serene and meticulously constructed. Her new exhibition From the Center contains paintings in acrylic and with stain on stretched linen.

The immediate impression among these many paintings is one of playful abstraction, with almost Memphis group inspired designs. But a lingering impulse tells us to go deeper.

From Broken to Beautiful

K Daphnae Koop’s series From Broken to Beautiful is collection of found objects, an act of reclamation, a series of paintings, an index of items once considered worthless, now restored and honored through the hands of an artist whose work revels in the redemption of the objects she handles and the people who witness them.

The images that emerge from the surfaces are not so much abstract as pre-representational. They evoke simple forms that speak to many echoes in our world. Every work is able to reveal a spectrum of interpretations that dance together—now emphasizing this vision, now that.

“I’m interested in the ineffable qualities of “objectness”—what is sometimes called aura—as well as materiality and process as vehicles for spiritual engagement. My work is rooted in a long-term meditation practice; making drawings and sculptures is a complementary discipline of devotion. I use tactility to draw the viewer into the work and toward introspection through the seduction of intense looking.” Kim Matthews

From the Center – an exhibition of Susan Hensel Gallery.

Kim Matthews is an artist whose work intertwines the transcendent with the specific. Her pieces are vessels, bodies to contain the hidden truth of formlessness. Orderly and serene, organic and reverent, Matthews’ creations burrow deep into a shared space inside all of us. And her latest exhibition Neutral Territory gives us the best look at her practice thus far.

The show spans three venues as a mini-retrospective of Matthews’ work. 15 images will appear on Susan Hensel Gallery’s online platform, Artsy.net/susan-hensel-gallery. Two large works will occupy the windows of the brick-and-mortar Susan Hensel Gallery in Minneapolis. And a solo exhibition of colorful recent sculptures, Objects of Affection, opens at Douglas Flanders & Associates in Minneapolis on October 2. Common to the online exhibition and the Objects exhibition are the small contemplative drawings from the ongoing 108 series.

This broad selection, that spans multiple physical locations and the digital realm, celebrates the ongoing career of an artist who is able to handle the subtleties of existence without pretension or self-aggrandizement. Instead, Matthews pursues her subject matter with quiet patience and an intuitive grasp of her project.

The work is physical, with the surfaces often built out of repetitive two- and three-dimensional features that undulate and shift through their pattern. Similarity and difference, repetition and interruption. It’s a mesmerizing effect.

And this is fitting, as the artist launched into sculpture at 33 after learning Transcendental Meditation (TM). This practice of reaching into the most fundamental and collective stream of human consciousness mirrors the experience of Matthews’ work. There is something primordial, essential, and beyond the forms of representation that is nevertheless embedded in the objects.

There is also a profound connection to the early experiences of the artist, who was born in Alaska and spent formative years near the Atlantic Ocean in midcoast Maine. The flickering, ever-changing, and boundless oceanscape is evident in her pieces: as parts relate to a larger whole, waves become sea.

Consider the static fuzz of Mahamritunjaya or the interweaving complexity of Manas. These are oceanic in their structure, impossible to quantify or segment. Mahamritunjaya, titled for the Great Death-Conquering Mantra from the Rig Veda, envelops us in values of black and strips of vinyl that accrete to form an overall texture, while Manas, a Buddhist term for mind, gives us a flurry of movement. One pacifies while the other activates. In both cases, the use of flowing, indivisible texture interrupts our ability to compartmentalize. We are simply overcome by the work, drawn into its depths, which feel as bottomless as the ocean itself.

But her oeuvre also contains fractalline images, sometimes borrowing from sacred geometry. These works, composed of a calming triad of black, white, and deep beige, form a series of pieces that we have an easier time grabbing onto. Here, the visual pieces that our minds use to make sense of the world combine into the most fundamental forms.

In Prayer for Balance, toothy black and white triangles stack into a greater triangle. It is a stable image, with centered composition, yet the human touch can be seen in the irregularity of the individual pieces. It is a prayer because it is clearly the utterance of a human, something emerging from our own limited understanding of how things are. Consider Things I Don’t Know. It sits stable, heavy and established. It is made up of plates covered in vertical black and white stripes. These plates spread out, like a library of all the mysteries left unsolved, in the obscure language of simple lines. Yet, as obdurate as it is, it is not quite stable.

Other works address the destabilized conditions of contemporary life. Gather, with its armature of cardboard tubes. It is delicate, somewhere between a bundle of sticks and a denizen of an ocean reef. It is small and appears to almost teeter over. It feels precarious, and therefore alive. It represents a state that we have all experienced distinctly in moments, though there is something larger afoot. Perhaps the hint is in the name: gathering is an act of bringing together, creating a unity, if even for a moment. Any individual human is a coming together of elements, and their life continuously depends on the gathering of food, water, and community. At the same time, our entire world is a gathering out of the dust that once swirled around a star burning alone in the darkness.

Matthews’ work has a way of doing this to the viewer. It begins to pull at a string, some little feature you notice, and soon you are unravelling to ever deeper levels of being. It is a descent into the depths of the ocean, a meditative journey into transcendent reality.

When viewing such a broad retrospective, one gets the sense that Matthews is not playing the normal art-world game. These are not works embedded in an academic dialogue, following the trends of the intelligentsia. They are not spoken into life with the lexicon of theory. They are a spiritual practice—the “outward stroke” of activity that follows the “inward stroke” of meditation.

Whether responding to wildfires, social injustice, the pandemic, or lost love, her work is clearly rooted in silence. It allows her practice to stay coherent. It provides a through line for her practice and, while there is variance, the stillness in the heart of the work always remains.

Matthews received her education in fine art and art history at the University of Minnesota, Twin Cities and the University of Maine, Orono. She has exhibited widely in selected group, one-, and two-person shows. She is the recipient of several awards, including the Merit award from the Gainesville Fine Arts Association and the Bolton Ford Purchase Award from McNeese State University. She lives and works in Minneapolis, Minnesota.

Some of the work of  “Neutral Territory”

Some of the work of “From the Center”

Some of the work of “From Broken to Beautiful” 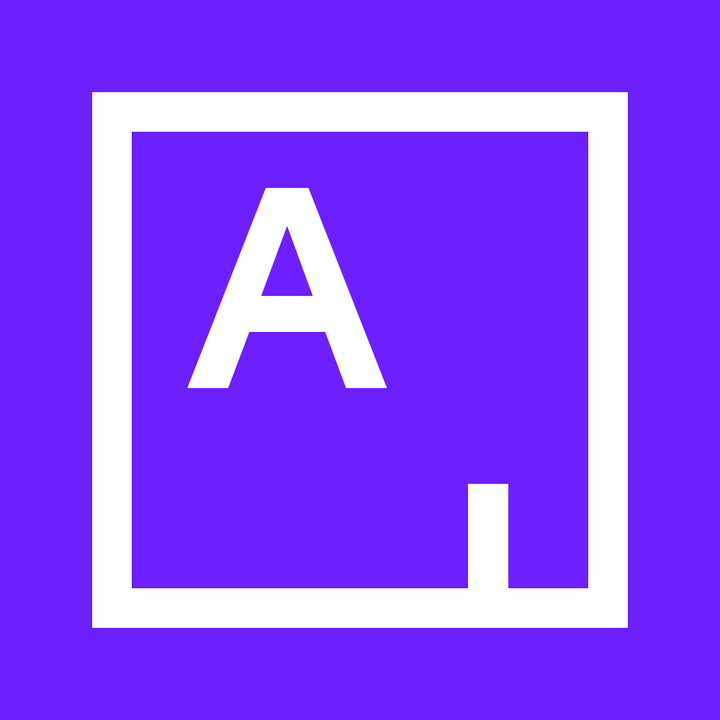 The focus of Susan Hensel Gallery is on compelling objects, meaningful use of materials, and engaging sculpture. It is a gallery where experimental ideas and works of the hand join to create unique sensory experiences. Opened September 10th, 2004 Susan Hensel Gallery is a gallery/ workspace presenting 5-6 shows per year in an intimate space, with hardwood floors and high tin ceilings. In 2013 the interior space reverted to a working studio for Susan Hensel where she continues to work on small and largescale artwork that engages both sculptural and cultural space. The Susan Hensel Gallery is now both a large window gallery on Cedar Avenue, a main thoroughfare in south Minneapolis. 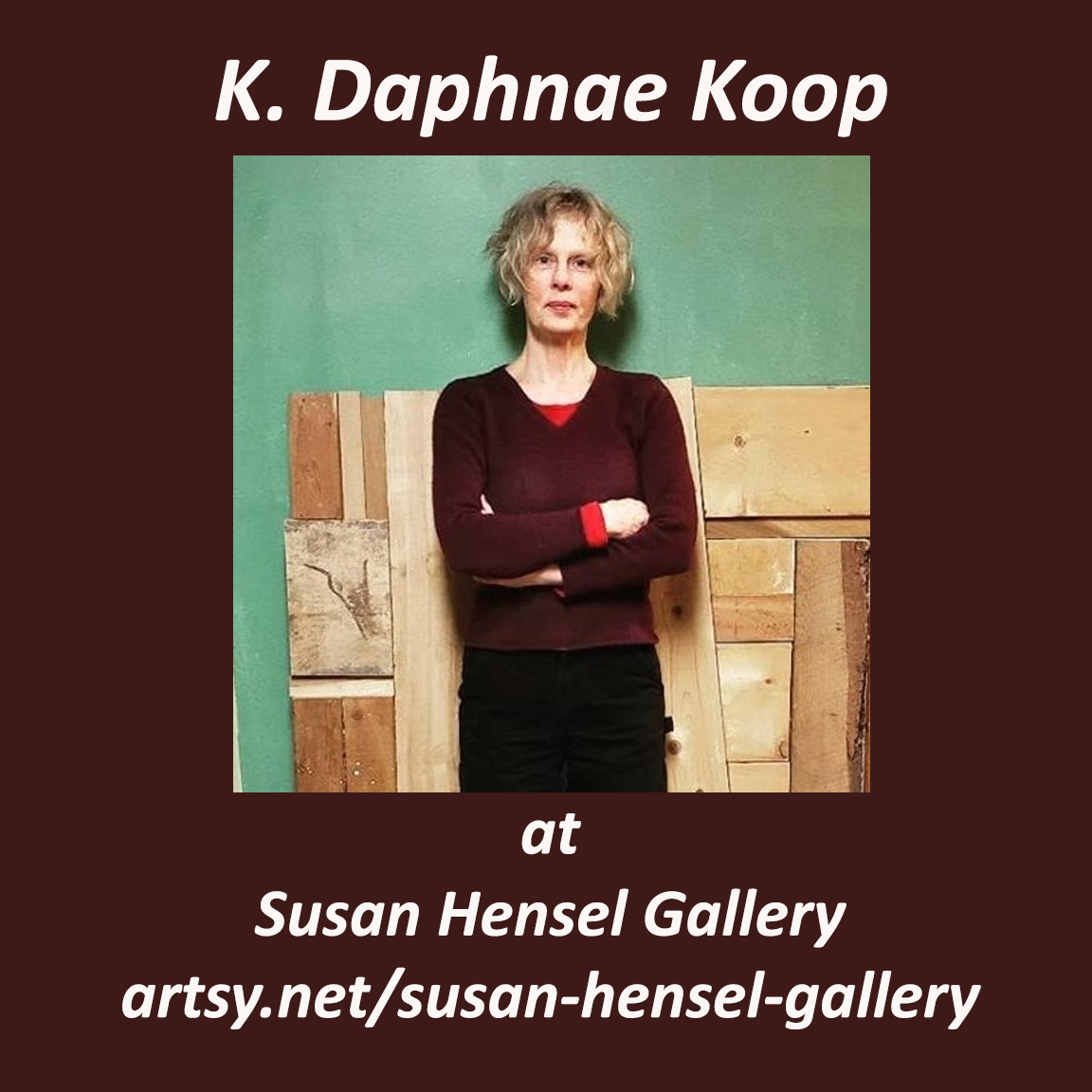 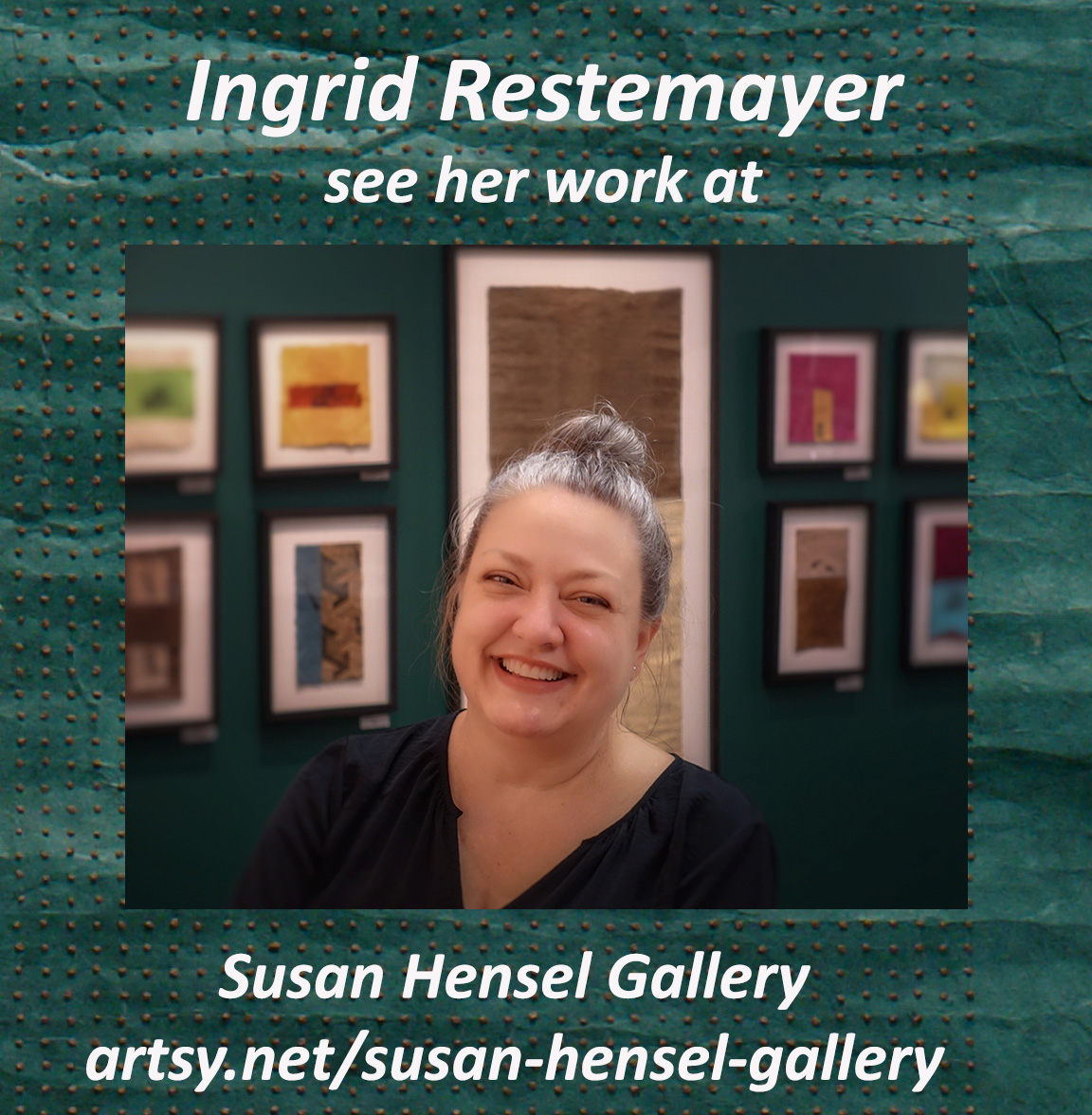 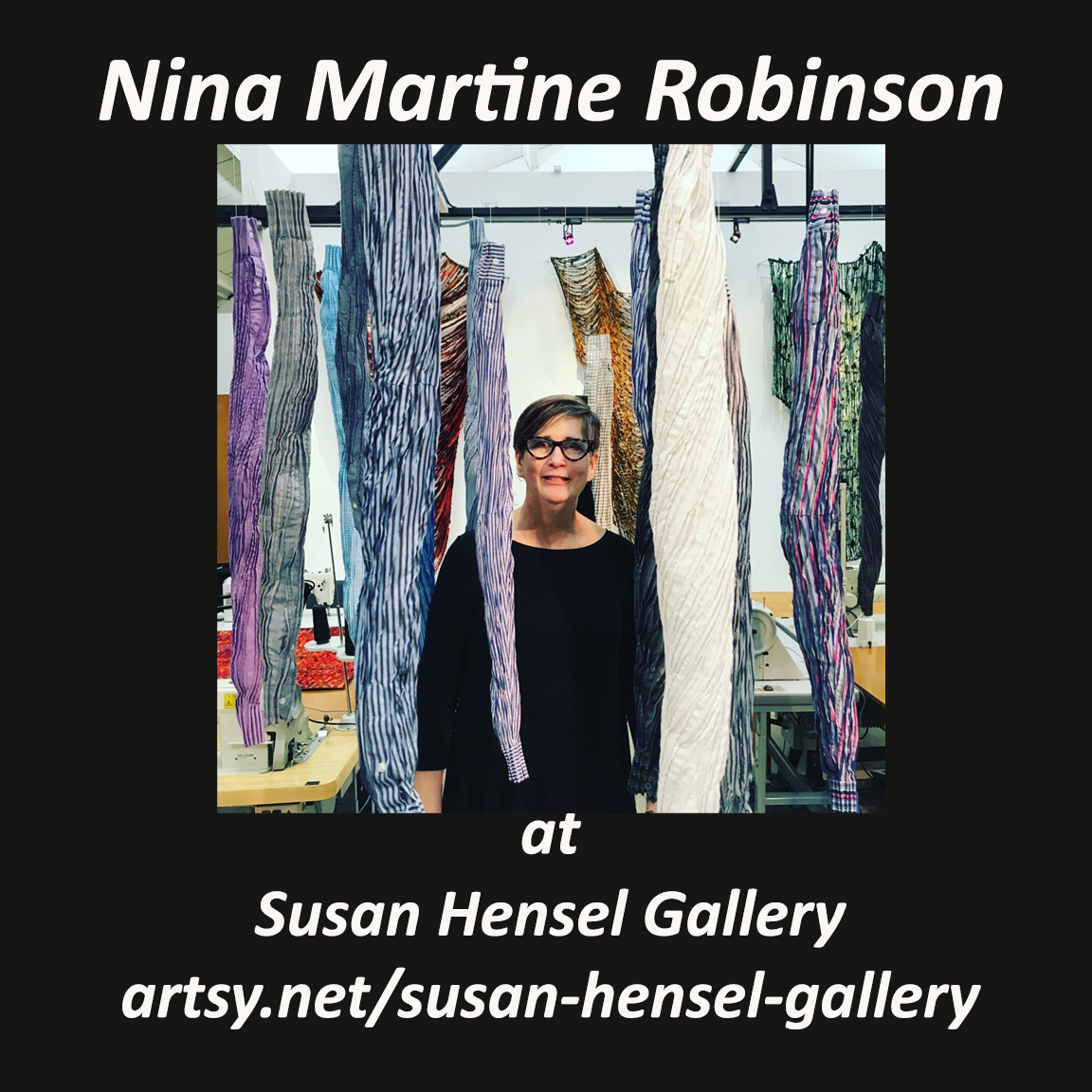 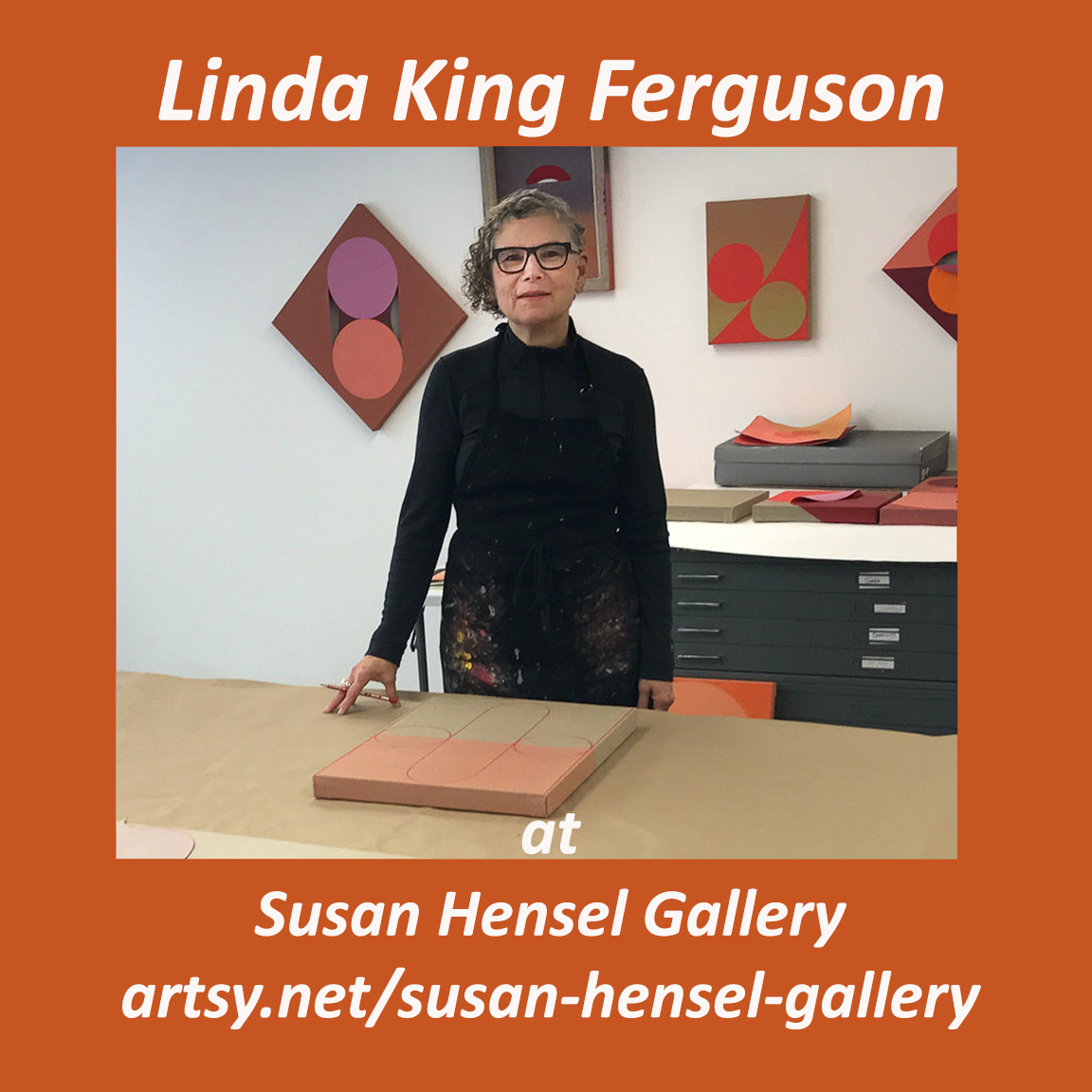 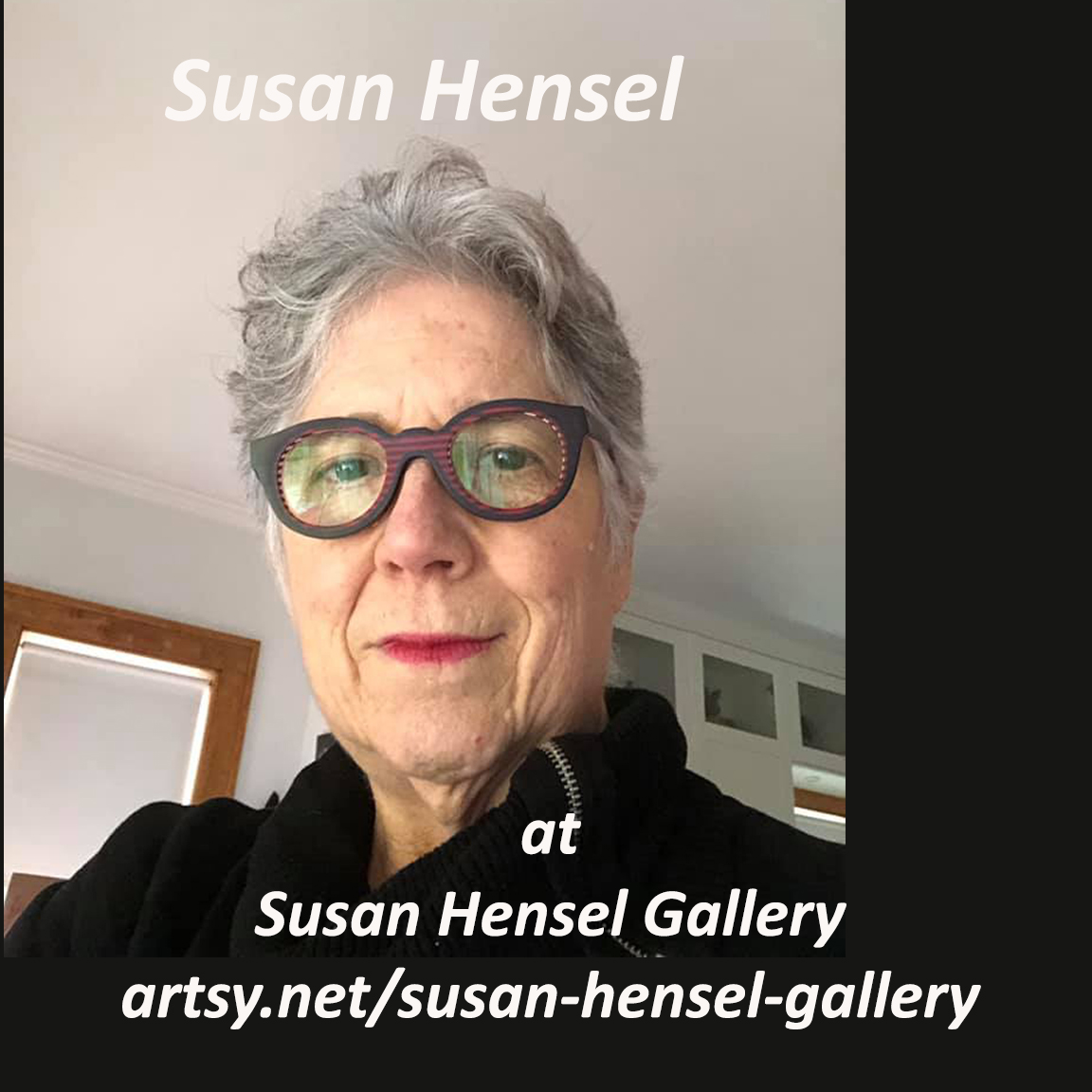 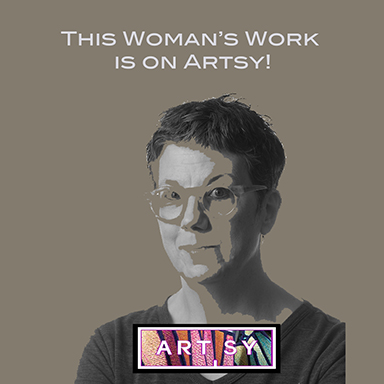 We Help Other Artists

Susan Hensel is a highly productive, multimedia artist who exhibits frequently. She also represents herself as an artist. This means she shows in academic settings and artist-run spaces. In her 50+ year career, she has exhibited in well over 200 exhibitions, with 35 solo shows, from coast to coast, with a brief foray into Mexico. Susan Hensel mentors other artists who are looking to establish themselves in the industry.